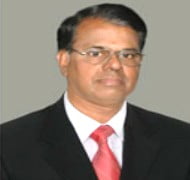 Dr. P Sivakumar has been elevated as Distinguished Scientist with immediate effect by the Union Defence Ministry Ministry.
He has been promoted in recognition of his diligence and dedication in self-reliance effort for defence combat vehicle systems and sub-systems
Presently, he is serving as Director of Combat Vehicles Research and Development Establishment (CVRDE) Avadi, Tamil Nadu. He has been instrumental in developing various critical systems for the Indian armed forces.
He had worked for more than two decades in Design and Development of Transmission systems for tracked and wheeled vehicles application.
He was also involved in development of various products for Indian defence industry including the Carrier Command Post Tracked Vehicle, Arjun MBT Mark-II, unmanned ground vehicles.
He is fellow of National Academy of Engineering and has been awarded with Scientist of the Year Award 2010 of DRDO for his active role in the Arjun MBT project management.