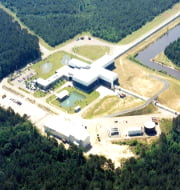 The Union Cabinet has approved the LIGO-India project (Laser Interferometer Gravitational-wave Observatory in India) proposal for research on gravitational waves.
The approval coincides with the historic first time detection of gravitational waves that had opened up of a new window on the universe to unravel some of its greatest mysteries.
Key facts