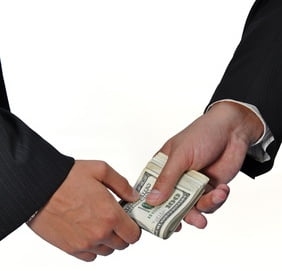 The TRACE Bribery Risk Matrix is an annual listing that measures the likelihood of bribe demands in 194 countries. It was first published in 2014 to meet the needs of the business communities demanding for a more reliable information regarding the risks of commercial bribery worldwide. In the 2020 listing, India is ranked 77th position, a spot better than last year, in terms of bribery risks. China and Pakistan have been ranked 126th and 153rd spots respectively.

Key findings of the Index

Denmark topped the list. It was followed by Norway, Finland, Sweden and New Zealand. The countries at the bottom most of the list were Turkmenistan, North Korea, Venezuela, South Sudan and Eritrea.

It is released by TRACE International. It is an anti-bribery standard setting organization. It measures the business bribery risk in more than 194 countries, semi-autonomous regions, territories and autonomous regions. It aggregates data from the leading international organizations such as World Bank, United Nations and World Economic Forum.

India scored 50 in the domain Interactions with Government. The scores are calculated based on the four parameters namely business interactions with the Government, civil service transparency, capacity for civil society oversight and anti-bribery deterrents. Apart from these parameters, the role of media is also considered while formulating the scores.