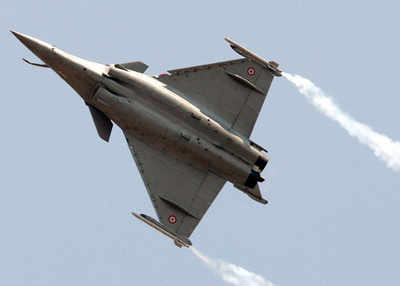 Supreme Court has given clean chit to Modi government for purchase of 36 Rafale fighter Jets. The three Judge bench headed by Ranjan Gogoi, find nothing wrong on the purchase of 36 fighter jet instead of 126 from France.  The court gave clean chit on three aspects – Purchasing of 36 Rafale jets instead of 126. Pricing of Rafale jets and Selection of Indian offset partners.

The bench consists of Ranjan Gogoi as chairman and other two members S K Kaul and K M Joseph, gave clean chit on issue of procurement of Rafale jets from France. The litigation had questioned the deal on the ground of pricing mechanism, commercial favoritism and procurement of less number of fighter jets. The petition was first filed by Advocate M L Sharma. The petitioners demanded CBI to register a FIR for the said irregularities in deal.  The apex court rule has two main points – (1) It finds no evidence of commercial favoritism (2) It is not the job of court to deal with comparative pricing mechanism.

Dassault Rafale won the MMRCA competition in January 2012 to supply 126 Jet aircraft with additional 63 aircraft to Indian Air Force. First 18 aircrafts were to be supplied by Dassault and remaining were to be manufactured by Hindustan Aeronautics Limited. Dassault refused to ensure the quality of aircraft produced by HAL. In 2014 the price of deal increased to $30 billion. This created the price issue on the deal and deal couldn’t be signed. Then after Modi government the deal was confirmed with the 36 multirole fighter aircraft of Rs. 58000 crores from France’s Dassault Aviation. The deal has been in controversy since its inception and supreme finally gave clean chit to government.