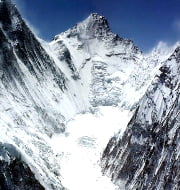 The Scientists of Wadia Institute of Himalayan Geology, Dehradun conducted a study and have found that glaciers in Sikkim region are melting at faster rates as compared to other Himalayan regions.

The study has assessed around 23 glaciers and their spread since 1991 to 2015. The larger glaciers are thinning in size and smaller glaciers are retreating. During these years, major shift in behavior was noted since 2000. Since 2000, the western and central Himalayan glaciers have sowed reduced melting. Whereas in case of Sikkim Glaciers, the melting rate has increased. Summer temperature increase is the main reason for glacier changes.

The Institute operates under Department of Science and Technology. It was established in 1968. The institute provides advisory and consultancy services to various organizations. It also gives advises on geotechnical feasibility of hydel projects, their foundation and site selection.