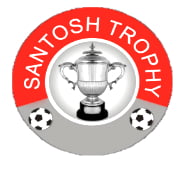 Services on 15 March 2015 have won 69th Santosh Trophy football title 2014-15. In the final match Services defeated host Punjab by score of 5-4 at Guru Nanak Stadium in Ludhiana, Punjab.
In the final match both teams failed to score a goal in regulation period. But, in tie-breaker penalty shootout all the five players of Services including Captain Anthony, Arun Tudu, Vibin, Francis Zonuntulnga and Rakesh Singh scored goal which led them to victory.
With this win services have won this title for fourth time besides finishing runners up on five occasions. Previously services had won the Santosh Trophy in year 1961, 2012, 2013.