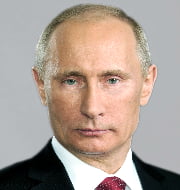 Russian President Vladimir Putin has given his assent to the legislation consisting of a package of controversial anti-terror amendments.
The legislation is dubbed as Big Brother law was adopted by the lower and upper houses of Russian parliament in June 2016.
The nick-name Big Brother law was coined by Edward Snowden, US intelligence contractor turned privacy activist. He has condemned the law despite being given asylum in Russia.
Key provisions of law