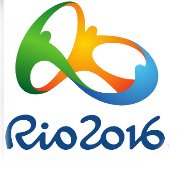 The Rio 2016 organising committee has unveiled the official slogan (motto), A New World for the 2016 Olympic and Paralympic Games scheduled to be held in August 2016 in Rio de Janeiro, Brazil.
The slogan was unveiled by Thomas Bach, President of the International Olympic Committee (IOC) at a special ceremony held at Olympic Park in Barra da Tijuca, Brazil.
Key Facts

Besides releasing official slogan, the organising committee also unveiled the designs for the 2488 gold, silver and bronze medals to be given to winners.
Background
The creation of official slogan for the Olympic and Paralympic Games is a tradition of each Olympic Games. Previous Olympic slogans included “Welcome home” for Athens in 2004, “One world, one dream” for Beijing in 2008, and “Inspire a Generation” for London in 2012.