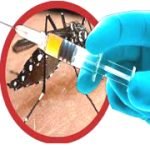 Researchers from United States have developed the first vaccine for Chikungunya fever made from an insect-specific Eilat virus.
The newly-developed vaccine does not have any side effects on people, which makes it safe and effective for humans. Its clinical trials on mice and non-human primates show that it quickly produces a strong immune defence and completely protects them from disease when exposed to the chikungunya virus.

Chikungunya is a mosquito-borne virus that causes a disease. It is transmitted by Aedes aegypti and Aedes albopictus mosquitoes. Its symptoms are characterised by abrupt fever and severe joint pain, often in hands and feet, and may include headache, muscle pain, joint swelling or rash.  There is no specific antiviral drug treatment for chikungunya. There is no commercial chikungunya vaccine. Chikungunya treatment is directed primarily at relieving the symptoms, including the joint pain using anti-pyretics, optimal analgesics and fluids.

The Gujarat Government recently issued advisory on Fungal infection called “Mucormycosis”. It is...