PV Sindhu to be appointed as brand ambassador of CRPF 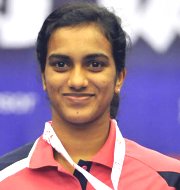 The Central Reserve Police Force (CRPF) has decided to appoint Olympic silver medallist P. V. Sindhu as its honorary commandant and brand ambassador.
It was announced by CRPF’s Director General K.Durga Prasad after she had agreed to become the India’s largest paramilitary force’s brand ambassador. In this regard, CRPF also has moved the proposal before the Home Ministry.
She will be given honorary Commandant rank in the CRPF which is equivalent to the position of a Superintendent of Police (SP) and such an officer who commands a battalion of about 1,000 personnel.