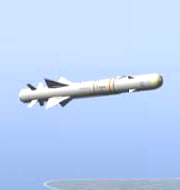 Pakistan Army has successfully test fired an enhanced version of an indigenously-designed Babur cruise missile.
The missile incorporates advanced aerodynamics and avionics that can strike targets both at land and sea with high accuracy.