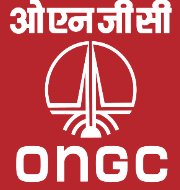 Through this acquisition, ONGC is gaining midstream and downstream presence and access to marketing network. This acquisition will make ONGC India’s first vertically integrated oil major, having presence across value chain in sector. The integrated entity will have advantage of having enhanced capacity to bear higher risks, take higher investment decisions and neutralising impact of volatility of global crude prices. As for HPCL, deal will help it in further leveraging synergy at various levels of vertical value chains as part of integrated oil and gas group. It also will enable ONGC to mitigate risk of crude price volatility.

In 2017-18 Union Budget, Finance Minister Arun Jaitley had announced that state-run oil companies will be merged to create ‘oil major’. Following this Cabinet Committee on Economic Affairs (CCAE) in July 2017 had granted ‘in-principle’ approval to the strategic sale of HPCL to ONGC. This also included change in management control, but allowed HPCL to retain its brand as subsidiary of the national oil explorer.

During 2016-17, HPCL had turnover of Rs 2,13,489 crore and profit after tax of Rs 6,502 crore. It markets around 35.2 million tonne of petroleum products accounting for market share of about 21%and has around 15,000 fuel retail outlets. ONGC contributes around 70% of Indian domestic production of crude oil and natural gas.