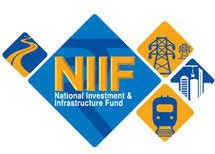 The National Investment and Infrastructure Fund (NIIF) has made its first investment by partnering with DP World to create $3-billion investment platform for ports, terminals, transportation and logistics businesses in India.
The platform will invest in opportunities in ports sector and beyond sea ports into areas such as river ports and transportation, port-led special economic zones, freight corridors, inland container terminals, and logistics infrastructure including cold storage.

Efficient logistics and cargo movement are critical components for continued growth and development of Indian economy and particularly the manufacturing sector. The platform will reduce the cost of moving cargo between port and origin and destination.

NIIF was set up in December 2015 to catalyse funding into the country’s infrastructure sector. It has been registered with the Securities and Exchange Board of India as a Category II Alternate Investment Fund.
It has a targeted corpus of Rs 40,000 crore to be raised over the years — 49% of it will be funded by government at any given point of time. The remaining 51% will be raised from domestic and global investors, including international pension funds, sovereign wealth funds, multilateral/bilateral investors.
It has been set up as a fund of funds structure with aim to generate risk adjusted returns for its investors alongside promoting infrastructure development. Its Governing Council us chaired by Finance Minister Arun Jaitley has already been set up to act as an advisory council to the NIIF.