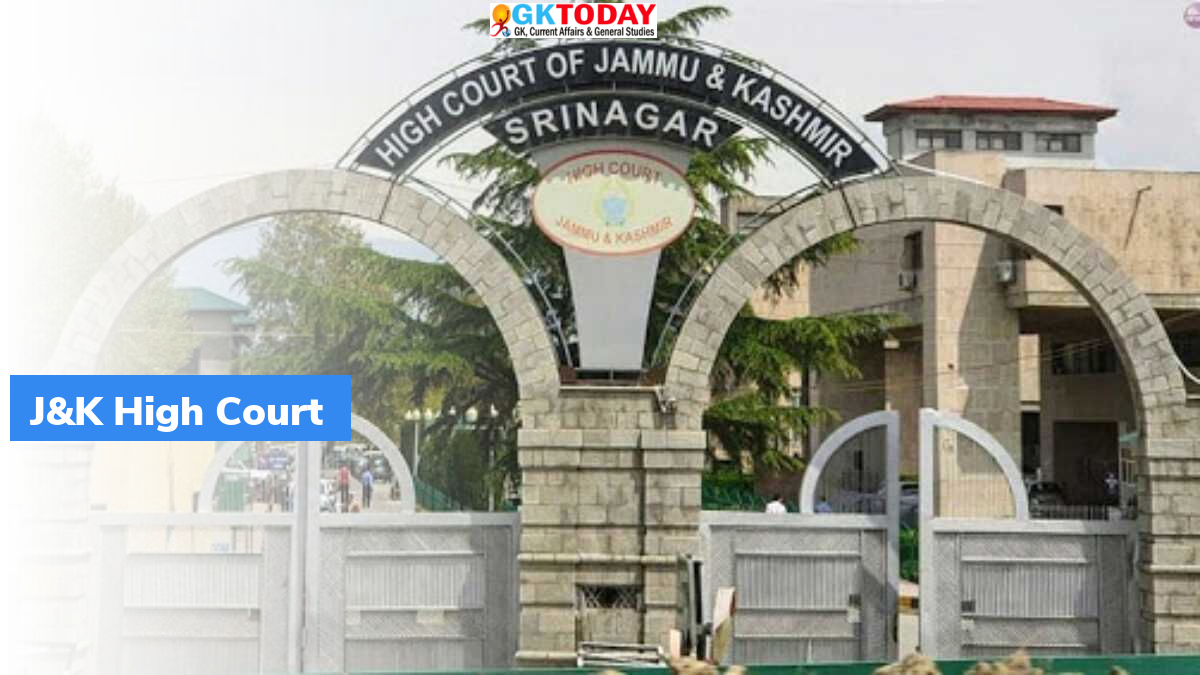 This act comprises of provisions of reconstituting State of Jammu & Kashmir, including the park of a Kashmir which has been a subject of dispute between India, Pakistan, and China since 1947, into two union territories called Jammu & Kashmir and Ladakh. This act was enacted on October 31, 2019. Bill for the act was introduced and passed on August 5, 2019 by Minister of Home Affairs, Amit Shah. On August 6, 2019 it was passed by the Lok Sabha and received President’s assent on 9 August 2019. Introduction of this bill was preceded by presidential order under Article 370 revoking special status of Jammu & Kashmir.

This court is common for union territory of Jammu & Kashmir and Ladakh. It was established on March 26, 1928 by letters patent issued by Maharaja of Jammu & Kashmir. It has a sanctioned judge strength of 17 of which13 are permanent judges and 4 are additional judges. Justice Pankaj Mithal is the Chief Justice of Court since January 4, 2021.