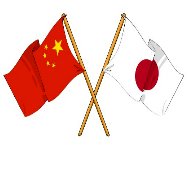 Japan and China on 19 March 2015 held their first security talks in Tokyo after four years since the ties had worsened over a row over islands in the East China Sea.
In the security talks both nations agreed to keep alive and foster a nascent recovery in bilateral ties plagued by the legacy of Japan’s wartime aggression and a territorial dispute.
However, both nations failed to set a timetable for the implementation of a scheme designed to ensure real-time communication between their armed forces.
Background of East China Sea dispute