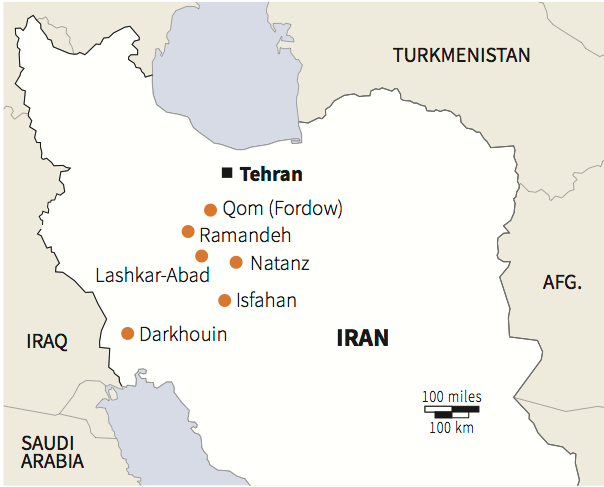 The deadline to reach a comprehensive agreement for a Iran’s Nuclear Programme deal with six world powers i.e. P-6  or P-5 +1 countries has been extended to the end of June, 2015 after recent talks in Vienna, Austrian failed.
P-6 countries include the five permanent members of the UN Security Council viz., USA, Russia, China, UK, France and non- permanent member Germany.
Failure in the talks came after intensive five-day diplomatic push in Vienna involving the foreign ministers of Iran, the United States, Russia, China, Britain, France and Germany.
It is the second extension this year as Iran and P-6 nations failed to reach any agreement over Iran’s Nuclear Programme deadlock.
Now they have agreed to extend discussions, with the aim of reaching a high-level political agreement by 1 March, 2015 and confirming the full technical details of the agreement by 1 July, 2015.
Summary Background
There is decade long deadlock between Iran and Western countries over the issue of Iran’s Nuclear Programme and safety concerns of uranium enrichment.