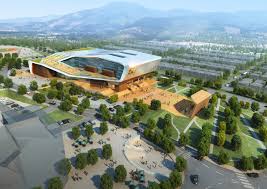 The Union Cabinet has approved an ordinance to set up the country’s first national sports university in in Imphal (west), Manipur. The ordinance is on the lines of National Sports University Bill, 2017 which is pending in Parliament (introduced in Lok Sabha in August, 2017).

The specialised university will be the first of its kind in the country and adopt best international practices. Manipur government has already allocated land for the proposed university. The proposal to set up national sports university in Manipur was initially announced by Prime Minister Narendra Modi. The was approved in 2014-15 budget with Rs. 100 crore allocation.The proposed university is expected to bridge  gap that exists in sports environment of country in various areas such as sports science, sports technology, high performance training

The Bill establishes National Sports University in Manipur. It is mandated to promote sports education in areas of sports sciences, sports technology, sports management, and sports coaching. It will function as national training centre for select sports disciplines. It also empowers the University to grant degrees, diplomas and certificates. It also allows Government to establish campuses and study centres in other parts of the country.