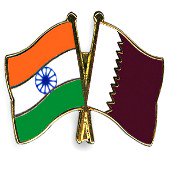 India and Qatar are to establish a task force on energy. The task force will be represented by a senior officer from petroleum Ministry of India and the vice president of Qatar petroleum. The task force is to identify projects in the Indian energy sector for Qatari investments. These announcements were made after the telephone conversation between Minister of Petroleum and Natural gas and steel Shri Dharmendra Pradhan and his Qatar counterpart.

Qatar holds around 1.5% of world oil reserves.  It ranks 14th in terms of oil production in the world. The oil production of Qatar is 402 Times it’s oil consumption.

In September 2020, Qatar brought in new labour laws. These laws abolished the unjustified “Kafala System”. Under this system, the migrant workers had to get a no objection certificate from their employers before changing jobs. Also under the law the minimum wages was increased by 25%.

What is Kafala system?

Kafala means to guarantee or to take care of in Arabic. Under the system, the migrant workers cannot enter the country, leave the country or transfer employment without written permission from the Kafeel. Kafeel means one who takes care of or one who supports. This system is practised in countries of Oman, Kuwait, Bahrain,  Saudi Arabia and UAE. It is also practiced in Jordan And Lebanon.

The Kafala System began in 1950s when the Arab countries and the countries in the Middle East began to hire foreign workers to accelerate their development in the Oil exploration.