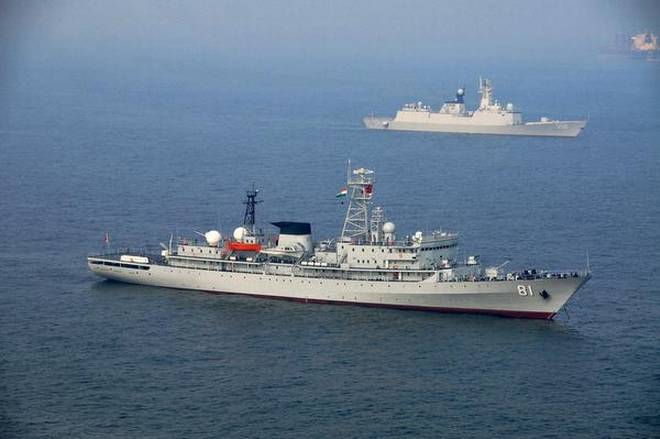 India has made an offer to share intelligence of maritime movements in the Indian Ocean in real-time with 10 Indian Ocean littoral states. It was announced by Indian Navy Chief Admiral Sunil Lanba at the Goa Maritime Conclave (GMC). This comes at time when India is gearing up to counter China’s increased presence in Indian Ocean Region (IOR).

The information to be shared includes movement of commercial traffic as well as intelligence. The sharing of intelligence will not be much for conventional military purposes but to deal with non-traditional threats arising at sea.
India already has co-operative arrangements with several countries in region and this initiative will see that expanding further. India has signed white shipping agreements to share commercial shipping data with 12 countries and more are in the works.

Indian Navy had hosted Navy and Maritime Chiefs of 10 countries of IOR at first GMC to identify common threats in region and evolve a mechanism on how to tackle them.  It aimed to bring together like minded nations to evolve and formulate collective responses to emerging challenges in maritime domain.
It was aimed at “Addressing Regional Maritime Challenges”. The deliberations in it focused on emerging maritime threats and force structuring, maritime domain awareness, maritime security architecture, and maritime security challenges in IOR.