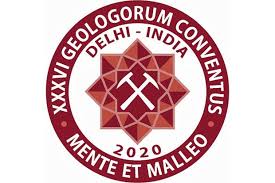 India is going to host 36th International Geological Congress (IGC) in 2020 in NCR New Delhi. India had won the bid in 2012 at 34th IGC Brisbane, Australia to host the Congress in 2020.
Recently, delegation of International Union of Geological Sciences (IUGS) had visited India to discuss preparatory aspects of 36th IGC.

The 36th IGC to be held in New Delhi is jointly funded by Ministry of Mines and Ministry of Earth Sciences with active support of Indian National Science Academy (INSA) and science academies of India’s neighbouring co-host countries, Nepal, Bangladesh, Pakistan and Sri Lanka.

The IGC is prestigious conclave of geoscientists from around world. It is considered as an Olympic of the International Geosciences fraternity. It aims to bring together the geo-scientific community across the continents and oceans. It is held once every four years (quadrennially) under aegis of IUGS through process of global bidding.
The first session of IGC was held in 1878 in France with an aim to provide global geological community with opportunity to create an organizational frame work for meeting at regular intervals. Since then, IGC have been hosted by 24 countries throughout the world at 3-to 5-year intervals. The 35th International Geological Congress was held at Cape Town, South Africa in 2016.

The IUGS is an international non-governmental organization devoted to international cooperation in the field of geology. It was founded in 1961. Currently geologists from 121 countries (and regions) are represented in IUGS through 121 adhering organizations. It is joint partner with UNESCO for International Geoscience Programme (IGCP).