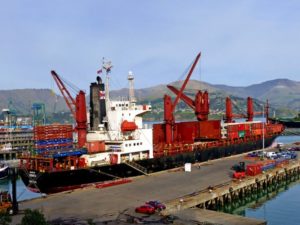 India recently attended the Hormuz Peace Initiative that was held in Tehran. The initiative aimed at stabilizing one of world’s busiest shipping lanes, the Strait of Hormuz amidst US-Iran tensions. It was attended by leading trade partners of Iran namely China, Oman, India and Afghanistan.

The countries that attended the initiative reviewed the “Hormuz Peace Endeavor” (HOPE) that was proposed by Tehran. It was proposed by Iran at the UN General Assembly that was held in September 2019. The meet was held to discuss tensions escalating in the Persian Gulf due to US-Iran tensions.

Strait of Hormuz is the world’s most crucial choking points. Around two-thirds of India’s oil imports and half of LNG imports come through the strait.

The Strait connects Persian Gulf and the Gulf of Oman. It is also important to maintain peace and security in the region. This is because the ship traffic in the strait is high.

The Traffic Separation system is followed at Strait of Hormuz. It was ruled by International Maritime Organization. The system is used to regulate traffic at the strait. It is used almost at all major straits in the world. It includes Strait of Gibraltar, Strait of Malacca, etc. The system aims at preventing collisions between the ships at sea.

The rules of the system say that if a ship has to cross a traffic-lane, it should cross at right angle. The right angle is between the lane direction and keel direction.