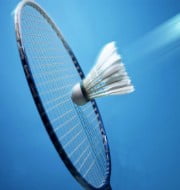 It is annual tournament organized to crown the best badminton players in India. It was established in 1934 and until 1960s foreign players were also allowed to participate in it. The 2016 edition of title was won by Sourabh Verma (men’s single title), Rituparna Das (women’s single title).