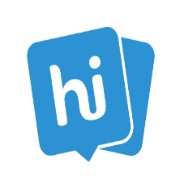 Hike Messenger, a home-grown chat application has introduced free voice-calling feature called Hike Calls to its users.
This feature will allow its users to call each other for free, over 2G, 3G and Wi-Fi and across the globe in over 200 countries.
Hike Messenger has introduced this service, after it had acquired free calling application company – Zip Phone earlier in January 2015.
This feature has been launched in beta on Android operating system, which contributes to over 90 percent of Hike’s user base. While, the iOS and Windows versions will be released later.
About Hike Messenger