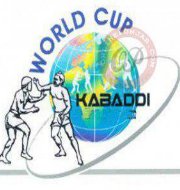 The International Kabaddi Federation (IKF) has announced that 2016 Kabaddi World Cup will be hosted in Ahmedabad, Gujarat between October 7 and 22, 2016.
The event will see participation of 12 Kabaddi teams from around the world representing all the five geographies of the Olympic Games.
These 12 teams are India, Canada, United States, United Kingdom, Iran, Australia, Poland, Pakistan, Bangladesh, South Korea, Japan and Kenya.
Star Sports will be the official broadcaster of the 2016 Kabaddi World Cup. The matches will be aired exclusively on the Star Sports network and HotStar.