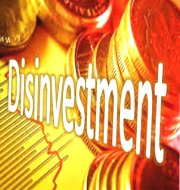 The Union Government has transferred the advising role of Department of Investment and Public Asset Management (DIPAM) on utilisation of the proceeds from disinvestment to the Department of Economic Affairs (DEA).
This announcement comes after the Union Cabinet approved an alternative mechanism to decide the modalities to do with stake sales in PSUs, so as to speed up the process and to streamline the disinvestment process.

Earlier the Cabinet Committee on Economic Affairs (CCEA) had given its approval to Alternative Mechanism to decide the modalities to do with stake sales in PSUs. Under this mechanism, the quantum of disinvestment in a particular Central Public Sector Undertaking (CPSE) will be decided on a case-by-case basis subject to Government retaining 51% equity and management control.