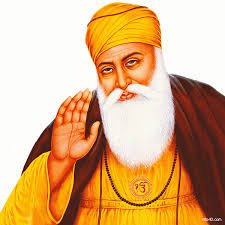 Union Government will set up first-of-its-kind institute of Inter-Faith Studies in Punjab to promote brotherhood and diversity. It is being established as part of year-long activities to commemorate 550th birth anniversary of first Sikh Guru and founder of Sikh religion Guru Nanak. The institute will be set up on lines of teachings of Guru Nanak Dev ji who preached qualities of brotherhood, diversity and the concept of unity in diversity. Government will engage experts and form committees to oversee and finalise concept of this institute.

He was Nirguna Bhakti saint and social reformer. He was born at Rai Bhoi Ki Talvandi near Lahore in April 15, 1469 AD. He was first Sikh Guru and founder of Sikhism. The verses composed by him were collected in Adi Granth, written in Gurmukhi script.