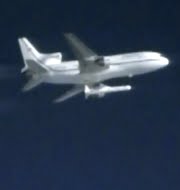 It is to be noted that even with all the rules notified, it would take time for the airlines to upgrade their systems to provide IFMC services.