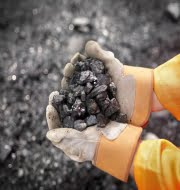 Directorate General of Foreign Trade (DGFT) under Ministry of Commerce and Industry has banned import of petcoke for use as fuel. But it has allowed its import of only for use as feedstock in some select industries such as cement, lime kiln, calcium carbide and gasification industries. These industries were earlier affected by petcoke-related policy flip-flops, which began after Supreme Court judgment (October 2017) banning use its in and around New Delhi to curb pollution.

India is the world’s biggest consumer of petcoke. It gets over half its annual petcoke imports of around 27 million tonnes from United States. Local producers include Indian Oil Corp, Reliance Industries and Bharat Petroleum Corp.  It is dark solid carbon material. Cement companies in India account for about three-fourths of country’s petcoke use. Usage of pet coke in energy-hungry India recently had come under scrutiny due to rising pollution levels in major cities.

It is one of the many industrial byproducts produced during oil refining. It is categorized as bottom of the barrel fuel as it is residual waste material which is obtained after refining coal to extract lighter fuels like petrol. It is used as a source of energy and carbon for various industrial applications. It is abundantly used in India in several manufacturing industries such as cement, steel and textile as it is significantly cheaper that coal, has high calorific value and is easier to transport and store. There are two kinds of pet coke produced viz. Fuel grade pet coke (80%) and calcined pet coke (20%) during oil refining.
Environment and Health Hazards of Pet Coke
Petcoke is much more potent pollutant than coal and causes greater harm to the environment and health. It contains whopping 74,000 PPM of sulphur content which is released into atmosphere as emissions which is much higher than vehicular emissions. It is also source of fine dust, which can get through filtering process of human airway and lodge in lungs which can cause serious health problems. Apart from sulphur, petcoke also releases cocktail of other toxic gases after burning such as nitrous oxide, mercury, arsenic, chromium, nickel, hydrogen chloride and greenhouse gases (GHG) which contribute to global warming.