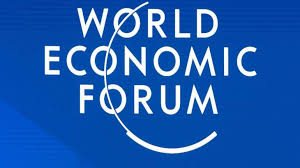 India ranked 68th in the annual Global Competitiveness Index. It is the worst performing among the BRICS nations along with Brazil that is ranked at 71. The Global Competitive Index is compiled by World Economic Forum. The Forum has mapped 141 countries using 103 indicators.

India had dropped 10 places. A number of similar economies like South Africa, Turkey and Colombia have improved over the past year and have overtaken India.

This year Singapore has replaced US as the world’s most competitive country. The US was positioned at 2nd place and was followed by Hong Kong at third place and Netherlands and Switzerland at 4th and 5th places respectively. China was ranked at 28th position and was the highest ranked among BRICS nations. Vietnam showed higher improvements in the region and was ranked at 67

The report also said that Asia Pacific was the most competitive region globally. It was followed by Europe and North America.

Key findings of the report on India