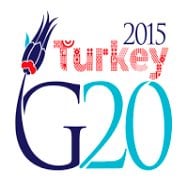 G-20 leaders have decided to tackle global uneven economic growth and reaffirmed their commitment to fight terrorism unitedly.
In this regard, G-20 leaders have released a communiqué at the end of the two-day 2015 G-20 summit held at Antalya in Turkey.
Key highlights of 2015 G-20 Antalya Summit