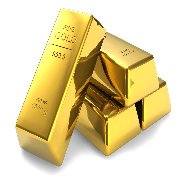 The fourth tranche of the Sovereign Gold Bonds (SGB) scheme opened for subscription.
SGB is government securities denominated in grams of gold. It offers an alternative to holding gold in physical form. The scheme was launched by the Union Government in October 2015.
Government has fixed 3,119 Rupees per gram as the issue price for the bond in this tranche. The scheme will be open till 22 July 2016.
Key Facts