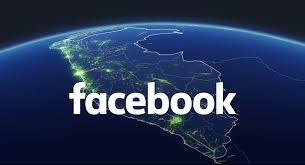 The social networking giant Facebook Inc. has rolled out Disaster Maps for India in a bid to help communities recover and rebuild faster in aftermath of natural disasters.
It was launched at Facebook’s first Disaster Response Summit in India along with National Disaster Management Authority (NDMA) to improve disaster response and disaster management in India.
Government has claimed that India will be first country to partner with Facebook on disaster response.
Facebook will initially join hands with NDMA and SEEDS (Sustainable Environment and Ecological Development Society) in India to share data about its users with them in times of disasters. Globally Facebook has partnered with organizations like Red Cross for such initiative.

According to UN Development Programme (UNDP) data, India is third-worst affected country by natural disasters like floods, earthquakes, cyclones, drought and landslides. Moreover, response time during and after these crises is often slow and it takes significant time and resources to understand where help is needed most. Facebook has 2 billion-plus users globally and its users in India have crossed 240 million mark, making it largest audience country for social media company.

Disaster Maps, powered by Facebook’s technology and intensive research will help to address this critical gap in information (data) that government organizations face when responding to crisis or disasters. It was introduced globally in June 2017. It aims to help communities across country recover and rebuild from natural disasters faster by sharing critical pieces of data sets with humanitarian agencies in timely manner.
It provides multiple types of maps during disaster response efforts, which include aggregated location information chosen by people to share with Facebook. This helps NGOs and relief agencies get precise location of people affected by disaster so they can determine where resources like food, water and medical supplies are needed. So far, Facebook researchers have built three kinds of maps. They are
Location density maps: They show location of people before, during and after disaster. This information can be compared to historical records, like population estimates based on satellite images. Comparing these data sets can help response organizations understand areas impacted by a natural disaster.
Movement maps: These illustrate patterns of movement between different neighbourhoods or cities overperiod of several hours. By understanding these patterns, disaster response organizations can better predict where resources will be needed, gain insight into patterns of evacuation or predict where traffic will be most congested.
Safety Check: These maps are based on locations where Facebook community uses Safety Check to notify their friends and family that they are safe during disaster. Using this de-identified data in aggregate, it will show where more or fewer people check in safe, which may help to understand where people are most vulnerable and where help is needed.

Facebook is also supporting pilot of ASK-DIV (Disaster Information Volunteers) scheme with SEEDS. Under it, SEEDS will establish a network of trained volunteers to provide real-time, first-hand information on disasters in their local communities. It will provide supplementary information to inform relief efforts through Facebook Workplace platform. The programme will be piloted in two disaster-prone States — Assam and Uttarakhand.