EU enters into deal with AstraZeneca, for first Covid-19 vaccine 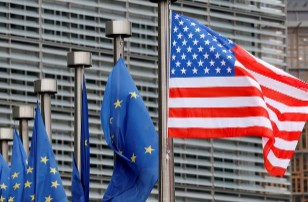 The European Union has entered into an agreement to but at least 300 million doses of AstraZeneca’s potential COVID 19 vaccine in the first-ever such deal in advance by the group. This is expected to weaken the global approach taken by the World Health Organization in this regard.

What is the Deal?

The European Union, negotiating on behalf of 27 European countries, stated that deal also included an option to purchase 100 million additional does from the British drug-maker if the vaccine proves to be safe and effective. Europe’s Inclusive Vaccines Alliance had entered into an agreement with AstraZeneca to secure vaccines for all the member states. However, the details of the deal have not been disclosed by the Commission.

The objective of the Deal

The deal is aimed at financing part of the upfront costs to develop vaccines. The funding is actually the partial down-payments to secure the shots but actual purchases would be decided at a later stage by each state of the EU. The Union is also in talks with other pharma majors such as Pfizer, Moderna and CureVac.

Consequences of this Move

This move could make more difficult efforts led by WHO and GAVI, a global alliance for vaccines to buy shots on behalf of rich and developing countries with a separate scheme. The EU has stated that the WHO-led initiative would be too expensive and slow and that is why; it will directly donate the vaccines to the poorer countries, after striking deal with the pharma majors. Actually, the EU is of the opinion that if they join the EU-initiative, there might be legal issues.

The Inclusive Vaccines Alliance has been formed by the EU member countries France, Germany, Italy and the Netherlands. The aim of this group is to negotiate with the pharma majors for procurement of vaccines for treating the COVID 19 disease in the member states. All the member states will be benefitted by this move since all of them will get the vaccine under this alliance.

This is an international organization which brings together all the stakeholders such as the public and the private sectors to create equal access to vaccines for children. The Global Alliance for Vaccines and Immunizations (GAVI) is supported by India also since our country has pledged $15 million to this and also India has shared its stocks of medicines with over 120 countries in the wake of the pandemic.