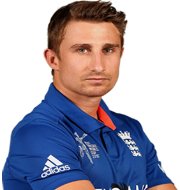 England batsman James Taylor has announced his retirement from all forms of International cricket at the age of 26 due to ill health.
He has been diagnosed with Arrhythmogenic Right Ventricular Cardiomyopathy (ARVC) which needs an operation to his Heart.
James Taylor’s Cricket Career

At the time of his retirement, Taylor had the fourth-highest limited-overs average (53.11) in international and domestic cricket history. He followed Michael Bevan (57.86), Cheteshwar Pujara (54.12) and AB de Villiers (53.53).