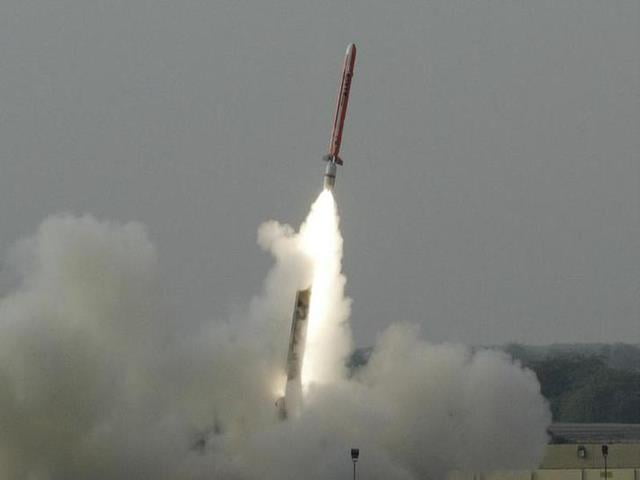 The Defence Research and Development Organisation (DRDO) has successfully conducted the successful flight test of the Solid Fuel Ducted Ramjet (SFDR) technology on March 5, 2021. The flight test was conducted from Integrated Test Range at Chandipur off the coast of Odisha. The air launch scenario was also simulated during the flight test using the booster motor. After that, the nozzle-less booster accelerated the motor to the required Mach number for the operating the Ramjet.

During the test, it was observed that, all the subsystems such as booster motor and nozzle-less motor performed as per the expectation of the DRDO. Further, the flight test proved many of the new technologies including the Solid Fuel based Ducted Ramjet technology. The performance of missile was monitored using the data which was captured by Electro Optical, Radar and Telemetry instruments. The Successful flight test of the Solid Fuel based Ducted Ramjet technology now provides the DRDO with several technological advantage. This would now enable the DRDO to develop a long-range air-to-air missile.

It is a missile propulsion system developed by the Defence Research and Development Organisation (DRDO). DRDO developed the project with the aim of developing the critical technologies which are required in the propulsion systems future long range air-to-air missiles of India. It is a missile propulsion system that comprises of the thrust modulated ducted rocket along with the reduced smoke nozzle-less missile booster. Thrust modulation of the system is achieved through a hot gas flow controller. SFDR uses a solid fuelled air-breathing ramjet engine.