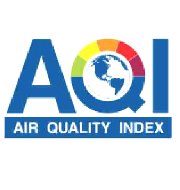 As per Central Pollution Control Board’s data, air quality of Delhi has deteriorated to “severe” category on November 5, after Diwali.

What is National Air Quality Index?

National Air Quality Index was launched in 2014, with the tagline ‘One Number – One Colour -One Description’. It was launched for the common man to judge air quality locally. Air quality is measured on the basis of eight pollutants- Particulate Matter (PM10), Particulate Matter (PM2.5), Sulphur Dioxide (SO2), Nitrogen Dioxide (NO2), Ozone (O3), Carbon Monoxide (CO), Lead (Pb) and Ammonia (NH3).

How AQI is determined?

Who developed the AQI?

AQI was developed by Central Pollution Control board (CPCB) in association with the IIT-Kanpur and an expert group consisting of medical & air-quality professionals.