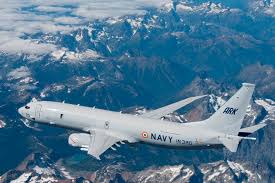 This system will be procured from Bharat Electronics Limited for Rs. 470 crore. It will equip Indian Army with upgraded communications infrastructure that will help forces to effectively deal with advanced communications systems being used by terrorist groups.

The P-8I Training Solution will be brought from Boeing for Rs.1949.32 crore. It will be brought along with 10-year comprehensive maintenance service. This training solution accurately simulates P-8I aircraft and mission systems. It will help Indian Navy realistically train and rehearse for sophisticated missions involving P-8I aircraft, at fraction of the cost of live aircraft training.
The P-8I aircraft manufactured by Boeing is equipped for long range anti-submarine warfare, anti-surface warfare, surveillance, intelligence and reconnaissance in support of broad area, maritime and littoral operations. Its communication and sensor suite includes indigenous equipment developed by defence PSUs and private manufacturers. It is capable of instant punitive response and maintaining watch over India’s immediate and extended areas of interest.
The first P-8I aircraft was inducted in Indian Navy in 2013. As of date, 8 aircraft based at INS Rajali in Tamil Nadu have been fully integrated into Indian Naval operations. In 2016, MoD placed follow-on order for 4 additional P-8I and their delivery will begin in 2020.