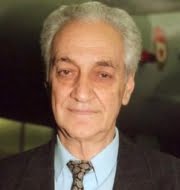 Russian aircraft designer and co-creator of the MiG-29 fighter jet Ivan Mikoyan passed away. He was 89.
He had the majority of his career as a leading engineer at the ‘MiG’ Aircraft Corporation’s design bureau, which was founded by his uncle Artyom Mikoyan.