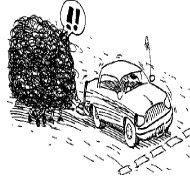 The Panel for Air Quality Management set by the Central government in around the National Capital Region has now been dissolved after five months of its constitution.

The Panel was set by the Centre government in the month of October 2020. Now the panel stands dissolved because the ordinance which was passed to set up the panel has lapsed. Ordinance had to be introduced in Parliament within six weeks. But it was not introduced within the prescribed time because of which the ordinance lapsed. The panel was headed by a former secretary in the Ministry of Petroleum and Natural Gas, M.M. Kutty.

About Panel for Air Quality Management

The statutory authority called the commission for Air Quality Management was set after the President signed the “Commission for Air Quality Management in National Capital Region (NCR) and Adjoining Areas Ordinance, 2020”.  This panel was constituted to monitor the Air Quality in NCR and the Adjoining Areas. This ordinance also dissolved the Environment Pollution (Prevention and Control) Authority (EPCA). The ordinance was passed in a bid to consolidate all the monitoring bodies and to bring a uniform platform in order to carry the air quality management in a comprehensive and efficient manner.

The air quality monitoring and management in Delhi NCR region has been done by multiple bodies such as EPCA, Central Pollution Control Board (CPCB), state pollution control boards and the state governments in Delhi, Haryana, Rajasthan & Uttar Pradesh. They are monitored by the Union Ministry of Environment, Forests & Climate Change (MoEFCC) and Supreme Court. The supreme court monitors the air quality in accordance with ‘M C Mehta vs Union of India’, 1988 case judgement.

The Commission was headed by full-time chairperson who happens to be the Secretary to Government of India or the Chief Secretary to State government. It was also composed of the members from various ministries and representatives from stakeholder states. It also comprised of experts from civil society, Indian Space Research Organisation and CPCB.