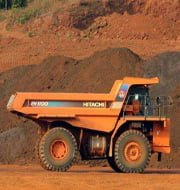 Union Cabinet has approved renewal of long-term agreements (LTAs) for export of iron ore (lumps and fines) of grade +64% Fe content to Japan and South Korea for another five years (2018 to 2023) through state-owned trading firm MMTC. The range of quantity of iron ore to be exported will be 3.8 million tonnes per annum to 5.5 million tonnes per annum.

Export of iron ore under LTAs will help India to strengthen its bilateral ties with long-standing partner countries, Japan and South Korea by securing export market and result in inflow of foreign exchange. It will enable India to secure international market for its ores and ensure stable economic ecosystem which provides direct and indirect employment in mining, logistics and related sectors.

India has been exporting iron ore to Japan for almost past six decades and it has been consistent component of India’s bilateral relations with Japan. MMTC has been supplying iron ore to Japanese Steel Mills (JSMs) since 1963 and to South Korea since 1973.
The current LTAs with JSMs and South Korea’s POSCO for supply of iron ore for period of three years had expired on 31 March, 2018. The Union Cabinet, in its meeting held in June 2015 had authorized MMTC to engage in LTAs with JSMs and POSCO, South Korea for supply of iron ore for a period of three years from 2015 to 2018.