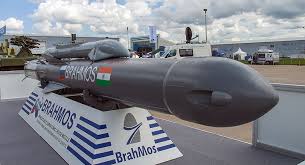 Godrej Aerospace has won order from BrahMos Aerospace Pvt. Ltd. (BAPL) for supply of additional 100 units airframe fuel management systems for BrahMos Air-Launched Cruise Missile.
Godrej Aerospace is unit of Godrej & Boyce Mfg. Co. Ltd. It has been associated with BrahMos since 2000 and most recently it had completed supply of its 100th airframe for the missile.

Godrej Aerospace supplies airframes for land and sea versions of the BrahMos missile to BrahMos Aerospace. Both versions have been inducted by army and navy. The air version currently has 65% of sub-systems indigenously manufactured, while a little more than 50% of entire missile is indigenously produced.

Brahmos is supersonic cruise missile developed by BrahMos Aerospace, a joint-venture between Russia’s Mashinostroyenia and India’s Defence Research and Development Organisation (DRDO). It operates on ‘fire and forget principal’ and is capable of being launched from land, sea, sub-sea and air against sea and land targets.
It is hailed as world’s fastest anti-ship cruise missile in operation. It is two-stage missile, the first one being solid and the second one ramjet liquid propellant. It is capable of carrying warhead of 300 kilogram (both conventional as well as nuclear).
It has top supersonic speed of Mach 2.8 to 3 (roughly three times speed of sound).  Its range was extended 600-km plus and capability to strike the targets with pinpoint accuracy after India became member of Missile Technology Control Regime (MTCR) in 2016.
The Indian Navy and Army already operate different variants of Brahmos missile. In November 2017, air version of BrahMos missile was successfully fired from Sukhoi. BrahMos Aerospace is currently working on miniature version of missile, called BrahMos NG. It is still in the design stage and development is a few years away. The mini version will enable Sukhois to carry multiple missiles. Currently, the Sukhoi can carry only one BrahMos at a time.