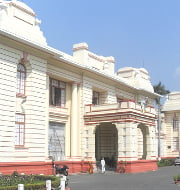 Bihar Assembly has passed Bihar Public Grievance Redressal Bill, 2015. It was passed by a voice vote.
The bill seeks to empower people of state and provide legal rights to them for redressal of their complaints within a time-frame.
Key provisions of Bill