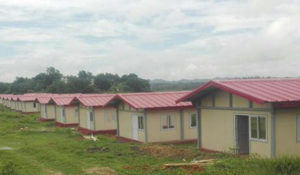 The Bhashan Char Island is a remote uninhabited island of Bangladesh, located in the Bay of Bengal. It is also known as Char Piya. Around thousands of Rohingyas from Cox’s Bazar refugee camp are being shifted to the newly developed facility in the island. Humanitarians oppose this move fearing poor liveable conditions in the new island and demand for independent assessment by the United Nations. Environmentalists warn that the island is ecologically fragile are prone to floods and cyclones.

What is the issue around safety of the Bashan Char Island?

The Bashan Char Islands are also called the Floating Islands. They are formed from the Himalayan silt washed down from the Himalayas. The island was formed recently within 10 year of span. But according to the environmentalists, it is already eroding at the rate of half a kilometre per year. The environmentalists believe that the island is prone to cyclones and erosion.

However, the recent Amphaan cyclone proved the safety of the Island according to the Bangladesh officials.

Other Concerns regarding the island

The island will become inaccessible during floods and rough weather. The camp is to depend on rain water collection and underground tanks. The Forestry Department of Bangladesh have been planting mangroves since the proposal of the project began. However, around 5,000 to 7,000 acres of the forest have disappeared in to the sea during the same time period due to natural disasters.

The Government of Bangladesh is building a flood defence system in the island. Two long dams are being constructed under the protection system. The outer one being 12 feet high and the inner being 33 feet high.