84 Gallantry Awards to personnel of Armed and Paramilitary Forces announced 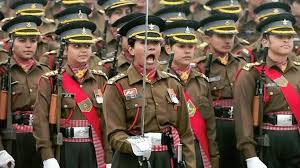 President of India, Ram Nath Kovind, has approved 84 gallantry awards for the personnel in India’s armed forces and also the members of the Paramilitary forces for their acts of bravery to protect the country’s security and honour.

Details of the Awards

This year, there were three Shaurya Chakra Awardees from the Indian Army for their counter-terrorism operations. The Wing Commander Vishak Naik has been awarded the Shaurya Chakra. Other recipients from the Indian Army are Lt. Col. Krishan Singh Rawat, Major Anil Urs and Havildar Alok Kumar Dubey. This is the third-highest peacetime gallantry award in the country for contribution to gallantry otherwise in the face of the enemy.

Apart from these, 19 Mention-in-Despatches to Army Personnel have also been awarded for contributing significantly in various military operations, including eight posthumous awards for ‘Operation Meghdoot’ and ‘Operation Rakshak’.

It is a counter-insurgency and counter-terrorism operation started during the height of the insurgency in Jammu and Kashmir in June 1990. This was extended to more areas in 1991. Between 2017 and 2015, more than 750 Indian Army personnel died in this operation of the armed forces.

Apart from these, there are various Distinguished Service medals such as the Sena Medal, Nao Sena Medal and Vayu Sena Medal.