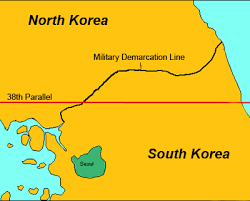 On June 25, 2020, North and South Korea marked the 70th anniversary of the start of Korean war that killed millions of people.

In South Korea the event was celebrated under the theme

Theme: Salute to the Heroes

South Korea received the remains of 150 soldiers that were repatriated from Hawaii and excavated in the North.

Around 22 foreign nations delivered their messages at the event. It included India as well. PM Modi representing India delivered his message and extended his support for permanent peace in the Korean peninsula.

At the end of World war II, the Soviet Union and USA liberated Korea from Japanese colonial control. After the war ended, Korea was divided into two zones. The Northern half was administered by the Soviet and the southern by the Americans.