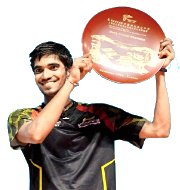 It is annual Badminton tournament held in France since 1909. It is hosted by the Fédération française de badminton (FFBa). Earlier it was not considered as one of the international badminton circuit’s leading events. But in 2007, it was promoted to become part of the BWF Super Series, making it one of 12 major badminton tournaments in world.