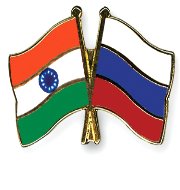 About IRIGC-MTC:
Russia has been the most important arms supplier for India’s Defence forces.  Both the countries have an institutionalized structure to oversee all the issues of military-technical cooperation. The IRIGC is at the top of this institutionalized structure. The India-Russia Inter-Governmental Commission on Military Technical Cooperation (IRIGC-MTC) was set up in 2000.  The First meeting of the IRIGC-MTC was held in Moscow in 2001.  The 19th IRIGC meeting is proposed to be held in Russia next year.