What are the objectives of Make in India campaign? Examine how the initiative has fared in attaining these objectives. 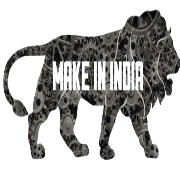 Prime Minister Narendra Modi had launched the Make in India campaign on September 25, 2014, to attract foreign investment in a bid to industrialise India. The foreign investors were invited to make in India, not necessarily for India.

The objectives of the programme included:

Make in India: An Analysis

The Foreign direct investment (FDI) was increased from $16 billion in 2013-14 to $36 billion in 2015-16. This remarkable achievement must be viewed from the following standpoints.

These trends in the FDI were a clear reflection of the traditional strong points of Indian economy wherein computer services are remarkably developed. But any country cannot rely on services without developing an industrial base. The government had developed Make in India initiative to arrest this trend.