What are the key findings of the special report of the Intergovernmental Panel on Climate Change (IPCC)? 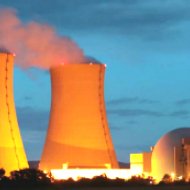 The Intergovernmental Panel on Climate Change (IPCC) has published a special report on the implications of a 1.5 degrees C rise in average global temperature.

The report highlights that the techno-optimism that leads us to believe that before disaster strikes, the wonders of technology such as artificial intelligence, machine learning, and quantum computing and geo-engineering will be able to find answers to the challenges of climate change. But this is delusion and there are no technical fixes to deal with the scale and rapidity of ecological change.