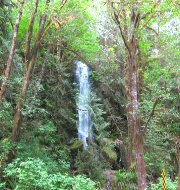 The world is observing and celebrating the World Wildlife Day 2021 on March 3, 2021. The day is being celebrated under the Theme- Forests and Livelihoods: Sustaining People and Planet. This theme was decided by United Nations.

The day is celebrated in order to raise awareness with respect to the issue around the wildlife. The day seeks to make people realize the importance of forests and ecosystems. It also seeks to raise awareness on how sustainable lifestyle is beneficial for livelihood. It raises the awareness regarding the wild animals & plants and discusses the threats the wild animals are facing. The day highlights the urgency that governments, private sector, civil society and individuals needs to take by adding their voices and taking actions so as to help in the conservation of the wildlife. It also highlights the issues like poaching, pollution, urbanization, destruction of wildlife habitat and the manners in which humans can contribute towards the conservation efforts.

The United Nations General Assembly (UNGA) has passed a resolution at its 68th session on December 20, 2013. In its resolution UN 68/205, the UNGA decided to proclaim the March 3 as World Wildlife Day 2021. This proclamation was suggested by Thailand. March 3 was chosen because the day marks the “adoption of Convention on International Trade in Endangered Species of Wild Fauna and Flora (CITES)”. The CITES was adopted on March 3, 1972 to raise awareness and benefit the fauna and flora.

This convention is also known as Washington Convention. It is a multilateral treaty that seeks to protect the endangered plants and animals. The convention was drafted after the adoption of a resolution in 1963 during a meeting of members of the International Union for Conservation of Nature (IUCN). The convention came into force in 1975.